Neil is the most experienced modern-day Community Organiser in the UK. After 20 years in the public and voluntary sector – with Somerset and Coventry Local Authorities and later, Save the Children and The Children’s Society in the UK – in 1988 he founded Citizens UK a people power alliance of diverse local communities working together for the common good. With a mission to develop local leaders, strengthen local organisations which are the lifeblood of their communities and make change, Neil’s work led to some of the biggest campaign impacts in the UK, such as the Living Wage with its £1.3 billion of wages won for low-paid workers, successful campaigns to persuade the Government to stop exploitative lending by capping the cost of credit; and introducing a law to prevent the detention of children for immigration purposes.

Piranha has had a professional relationship with Neil for more than 20 years through his time with Citizens UK and beyond. When he stepped down as their Chief Executive we designed a new brand. for his consultancy and ongoing projects.

A year later when Neil stood in the Parliamentary elections, we amended the NJ brand to be in keeping with the Green Party and designed all his promotional collateral including stationery, posters and flyers for his campaign and website. 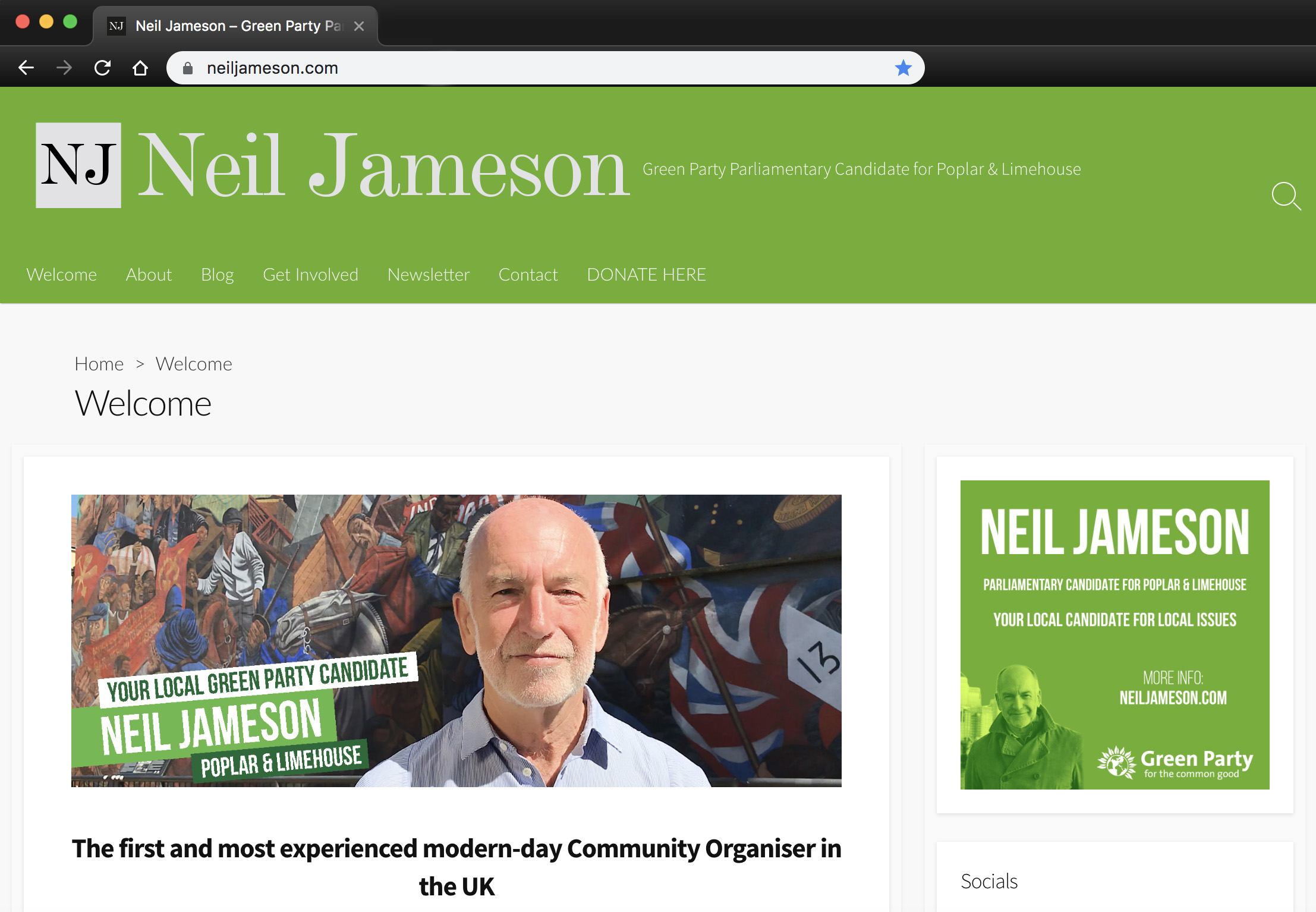